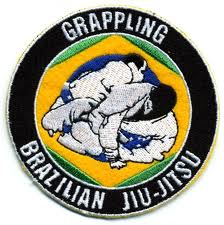 With origins tracing back to the founder of Judo, Jigoro Kano, Brazilian Jiu-Jitsu is a versatile self defense tool for people of all sizes. Men, women and children alike can successfully use the leverage-based principles of Brazilian Jiu-Jitsu to escape or defend against bigger, stronger assailants using leverage and proper technique.

Ninth Dragon Martial Arts  goes beyond Brazilian Jiu-Jitsu as taught at most area schools by leveraging our relationship with Matt Larsen’s Combat Fitness Centers to include principles of Modern Combatives, as trained by U.S. Army Soldiers. The program, started by Larsen in 1995 while a member of the Army Rangers, has changed the face of hand-to-hand combat training. The system has been adopted by U.S. and Canadian Special Forces. Through this affiliation, it is now available to you in Ninth Dragon Martial Arts!

Jiu Jitsu is used in MMA and UFC!

Martial Arts enthusiasts in the U.S. first became aware of the advantages of Brazilian Jiu-Jitsu when Royce Gracie used it to dominate early contests in the Ultimate Fighting Championships. Today, the top MMA fighters incorporate elements of BJJ's submission grappling into their fight plans.

﻿
Belts in Brazilian Jiu-Jitsu progress from white, to blue, to purple, then brown and finally black.
It can take a student 10 to 15 years to earn a black belt. Students rarely receive a blue belt in
less than one year.